Pastor Andy Osakwe started by stating the significance of WAFBEC. He also gave the prophetic word for the end of the conference, saying that the congregation would give birth to testimonies. He then went on to talk about Personal Revelation as is seen in 2 Timothy 1:12.

He elaborated on the meaning of the word, ‘persuasion’ stating that it means ‘to be persuaded’ as used in this Bible passage. He called Paul’s persuasion, personal revelation. He also cited Philippians 3:10 and Habakkuk 2:4.

Reading from Philippians 4:19, he went on to talk about Jesus’ walking on water. He pointed out that Jesus said to Peter to “come” and that it was an open-ended invitation. That, he called a personal revelation. He identified that Peter asked Jesus to bid him to come and that that was Peter’s personal revelation.

He also talked about the man at Lystra and how Paul asked him to, ‘stand up’. That man, he said, had a personal revelation. This man was someone who had never walked all his life. He went on further to make another example with the seven sons of Sceva in Acts 19:16. 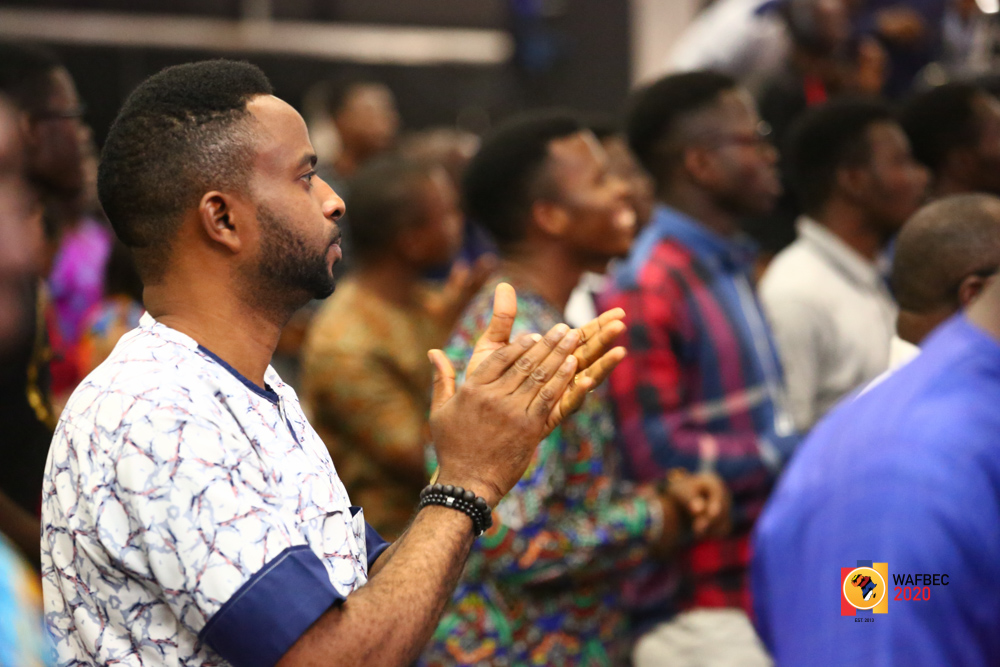 He charged each person in the congregation to have a personal revelation and not leave WAFBEC without one. He read from Matthew 16:13 – He mentioned that something happens when we advance with Revelation and that the gates of Hell/Hades cannot prevail against such one.

In Daniel 11:32, he identified the meaning of the word, “know” used in this passage as ‘experience’, as revelation. He further revealed that 2020 shall be a year of “Dominion”. He expanded this word “dominion” as something that causes people to repeat themselves in prayer when they don’t have it. “This”, he explained, “is because dominion makes one to be placed far above demons and lesser powers.”

As the congregation laughed at one of his comments, he was inspired to charge them to use laughter as a weapon against the Devil, stating that it shows the Devil that we are at ease and not threatened. He then added that with Joy, we draw from the well of Salvation and following this, he encouraged the congregation to laugh for the space of 15 seconds which he granted.

He went back to read from Daniel 11:32 and pointed out that those who don’t know God are those that disrespect God. They are those who do not respect the covenant. This knowledge of God used in this passage from Daniel is The Glory of God.

Sharing from Numbers 14:21, he revealed that it was God’s desire for Adam to spread the Glory of God round the Earth and he corroborated this reading from Habbabuk 2:14

He defined the meaning of the phrase, “presence of God” used in verse 14 of (Exodus 33:1 and verse 12 – 14) and highlighted that it means “the manifest presence of God”. He expanded the meaning of his definition saying that God’s presence is everywhere including the place of worship of non-Christians but that someone has to bring his ‘manifest presence’ in such places by actually activating it.

He talked about the Glory of God and how it means the essence of God’s presence. He used Moses’ work with the Israelis in Egypt to expand what this PRESENCE OF God” means. He went on to say that His presence is the habitation of God. 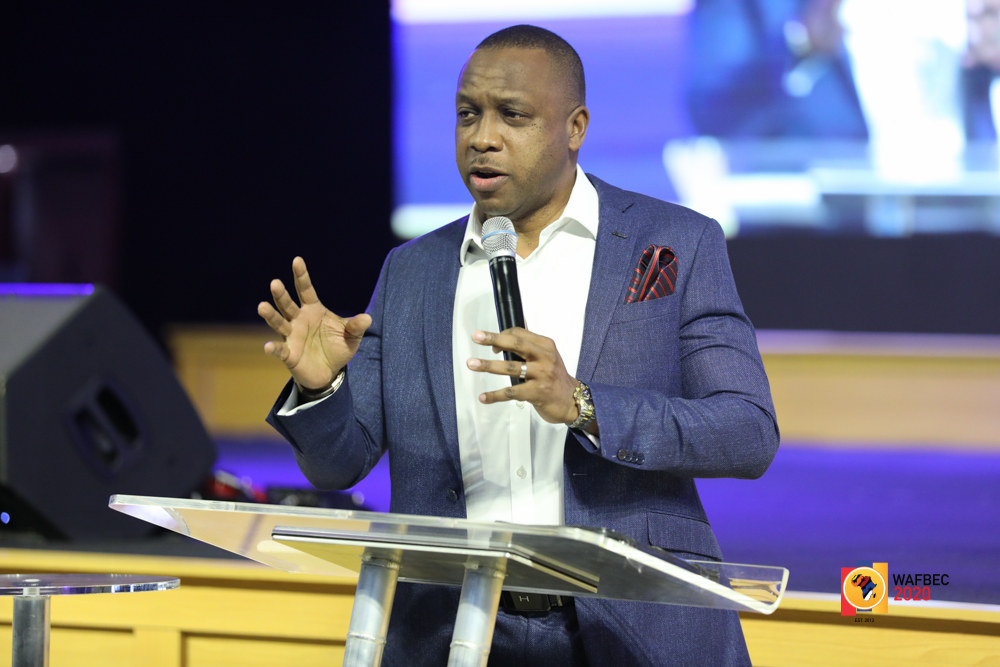 He charged the congregation to spend time with God (in prayer) so that they can carry this Glory of God which is His manifest presence.

Reading from Romans 6:4, he pointed out that Jesus was raised from the dead by “the glory of the Father” which means God’s manifest Glory and the presence of God. He supported this by reading from Romans 8:11.

He went back to read from Philippians 4:19 and emphasised the word, “all” which was used in this passage. He then went on to say that The Glory of God is our sufficiency because if we learn how to tap into God’s sufficiency, our needs will be met.

Again, reading from 2 Corinthians 3:4 – 18, he pointed out that The Glory of God is coming in a different kind of dimension to us. He highlighted the word, “plainness of speech”, used in verse 12 of this passage as boldness (in speaking) and linked that with dominion which he earlier talked about in this sermon.

Reading from John 11:40 – 42, he mentioned how the Glory of God was present but was not seen by the people there who were yet to catch what was available, that is, God’s glory and manifest presence.

2 Corinthians 5:14 was the last passage he read from before he went on to charge the congregation to sing in worship while on their feet.